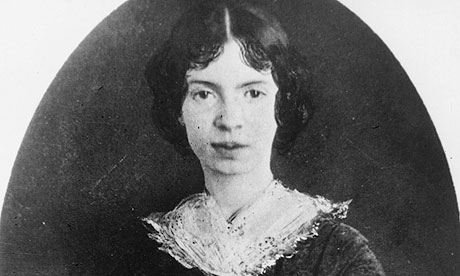 It’s been a while since I’ve read a poem by Emily Dickinson, but I recall from American Lit. class a couple years ago that aside from poetry, she was a botanist. She probably could have been a great scientist had it not been for the restrictive rules for women in the 19th century. With that mind – before we get to the poem – please read this little background:

Edward Hitchcock, president of Amherst College, devoted his life to maintaining the unbroken connection between the natural world and its divine Creator. He was a frequent lecturer at the college, and Emily had many opportunities to hear him speak. […]. Like Louis Agassiz at Harvard, Hitchcock argued firmly that Sir Charles Lyell’s belief-shaking claims in the Principles of Geology (1830-1833) were still explicable through the careful intervention of a divine hand.

Dickinson found the conventional religious wisdom the least compelling part of these arguments. From what she read and what she heard at Amherst Academy, scientific observation proved its excellence in powerful description. The writer who could say what he saw was invariably the writer who opened the greatest meaning to his readers. While this definition fit well with the science practiced by natural historians such as Hitchcock and Lincoln, it also articulates the poetic theory then being formed by a writer with whom Dickinson’s name was often later linked.

Based on the voice in her poetry, as well as what the speaker says about God and nature in several of her poems, one can assume that Dickinson wasn’t a believer, or at least, not to the extent that she trusted everything they said in church. Despite that she grew up in a religious household, she decided to form her own opinion, similarly to writing poetry the way she liked.

Much Madness is divinest Sense

Much Madness is divinest Sense –

To a discerning Eye –

Much Sense – the starkest Madness –

Assent – and you are sane –

And handled with a Chain –

Not to make out Dickinson’s father as some villain, but from what I understand, he was a rather strict, religious and conservative man whose wife did everything to maintain the household and his happiness. Unlike her mother, Dickinson decided not to simply assent (def: express approval or agreement) to everything that the male figures in their lives told them. There’s barely any documentation that can tell us how far Dickinson went to demur (def: to raise doubts or objections) or how open she was about her doubts, but she certainly does in this poem. She also recognizes the risk in going against the current of madness: “… you’re straightway dangerous -/ And handled with a Chain.”

There is a huge debate going on whether Dickinson became a recluse by choice or if her father locked her inside the house; either way, one can imagine what kind of societal consequences existed for anyone lacking faith.

Anyway, I’m getting ahead of myself so let’s return to the beginning: Dickinson calls religion “Madness in divinest Sense,” because to her “discerning Eye,” her skepticism, it looks like the “Majority” of the men and women in her life use God to justify their logic. In this close-knit community, people such as them coin divine powers as the source for everything that exists. I think it’s cool that she manages to sum up the danger in relentless faith so beautifully and in such a short poem. It’s actually funny, because in one line she says, “Much Sense – the starkest Madness,” as though telling the audience, yes, everything they tell in church and in the Bible makes sense if you believe in it. Additionally she means to say that since the most people assent to Christianity, this faith has prevailed and become strong enough to control everyone – both the believers, and the atheists who are punished by the believers.

I could go on and on about Dickinson – she has prevailed herself, over the years… become immortal as it were. However, I think I’ll leave it here. Hope you found this insightful.