My apologies for being two days late with Poetry Tuesday this week. Here is the poem I want to talk about this time: “The Portrait” by Stanley Kunitz. I was actually going to talk about another poem – “Hope” by Lisel Mueller – however, just now when I opened my book at a random spot, I saw this one and remembered what Professor Fanning told us in poetry class once. He said he and Kunitz were in fact good friends. Fanning was even appointed the executor for the Kunitz’s affairs when he passed away in 2006.

If my memory serves me right, Fanning told us how he discovered all these unpublished poems in the house and old letters . He then read us “The Portrait” to show us how sometimes it can take years, decades (!), before a poet finds the right words. In this poem, Kunitz talks about the pain of never getting to meet his father. When he brought the photograph to his mother, he was only a child and it wasn’t until he was an old when he knew how to talk about that experience.

Personally I find the burning cheek to be an excellent example of good metaphor. It brings home the awful reality that Kunitz wasn’t allowed to ever talk or ask about his father. I don’t know whether he found other means to find out more about him later in life, but it’s sad nonetheless that the slap in his face discouraged him to mention anything of the sort to his mother again. It’s as though he was punished for his curiosity.

My mother never forgave my father

especially at such an awkward time

and in a public park,

when I was waiting to be born.

She locked his name

in her deepest cabinet

and would not let him out,

though I could hear him thumping.

When I came down from the attic

with the pastel portrait in my hand

with a brave moustache

she ripped it into shred

without a single word

and slapped me hard.

In my sixty-fourth year

I can feel my cheek 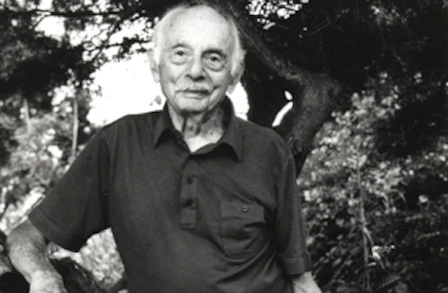